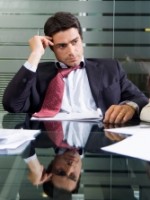 Digital transformation remains the very top concern of Australian business leaders as they look ahead into 2020, a survey of nearly 200 C-suite executives by KPMG Australia finds.

The third annual edition of "Keeping us up at night: The big issues facing business leaders" finds that an uncertain global political & economic environment, climate change, leadership capability, accountability & stability, and workforce up-skilling have all risen to the top 10.

Gary Wingrove, CEO of KPMG Australia states that “it is not surprising that digital transformation remains the top issue, and in many ways pervades the survey, given its close linkage to fourth-placed innovation and disruption. This indicates Australian CEOs are acutely aware of the need to re-imagine their organisation for the digital era, while harnessing new technologies such as blockchain and artificial intelligence.”

The regulatory environment remains a top three concern, with many respondents believing over-regulation in Australia is inhibiting innovation. Hence greater weight should be given in determining the right balance in the long term. Respondents also noted a growing tendency for regulations to be introduced quickly and with more limited consultation with business.

Concern for the geo-political and economic environment has risen significantly over the past 12 months. Partly it is short-term worries over the flow-on effects of escalating tariffs. Most business models rely on stability and predictability in the political environment. Some respondents indicated that uncertainty arising from greater volatility can act as an impediment to expansionary investment decisions.

But the survey also revealed concerns about deep structural issues and the rebalancing of power for the major economies. For example there is a fear that the world will experience a schism on technology such that one is forced to align with one or other of the major superpowers. Some Australian businesses and universities now fear it may be difficult collaborating with both the United States and China. A few years ago there was focus on the cross-pollination of ideas in technology but this may now be curtailed.

Most fundamentally, there is concern about a decline of economic logic and its replacement by political logic. The rise in populism and decline in authority of organisations like the WTO are a worry. There is a perceived lack of global leadership and a fall in multilateralism.
___

New to the top 10, leadership capability now ranks at seventh place, with respondents grappling with the challenges of leading in a complex environment. The report comments that organisations need to be increasingly conscious of reflecting diversity in order to derive the best ideas, and optimal culture.

“The key to unlocking the value in diversity is leadership. The benefit of different backgrounds, perspectives and experiences cannot be effectively leveraged unless an organisation has leaders capable of harnessing it – that means a commitment to inclusive leadership. Those leaders who are able to learn about the differences that make the members of their team tick, listen with humility and be vigilant about personal bias will be the ones to leverage the benefits of diversity in the 2020s and beyond”, concluded Gary Wingrove.

Workforce up-skilling moved into the top 10 from the 15th place last year. The KPMG report argues that true transformation will rely on staff skills and training. Australian business will need to fundamentally rethink traditional attitudes and practices to ensure the right skills mix for the 2020s.

This article was published in the Australia Freelance Market News 78.