Did you know where the term FREELANCER came from? 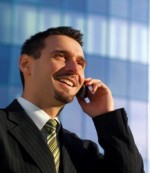 As they freely owned their own weapons (like lances), the term “free-lance” was used for them. Early mentions of freelancers were noted in Sir Walter Scott’s novel Ivanhoe, published in 1820: “I offered Richard the service of my Free Lances, and he refused them...”.

Nowadays, with the development of trade and technology, the term freelancer is used for self-employed “business warriors”. A freelancer’s weapon arsenal now tends to consist of computers, tablets, and smartphones.

This article was published in the Australia Freelance Market News 79.