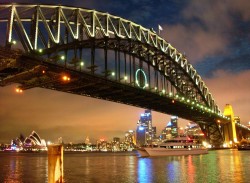 The Australian government’s JobKeeper package, which covers full- and part-time employees, sole traders and casuals who have been working for the same employer for at least a year, has left out an important group of Aussies -- the freelancers.

Included in this group are employees or casuals who have worked for the same employer for less than a year, or those who have been working for multiple employers. As such, this significant group of people - estimated at 1.1 million Australians - have had to put in additional effort, time and resources to search for other sources of income. This led to a surge in the demand for services on online platforms such as the Australia Freelance Market.

Let us work together to support Australians and the Australia economy by sourcing for freelancers in Australia.

This article was published in the Australia Freelance Market News 81.