Unemployment estimated at 10% in Australia 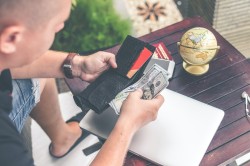 Qantas Airways, Virgin Australia and the University of Melbourne have announced plans to cut 6000, 3000 and 450 jobs respectively. There are many more companies across Australia and across the world who have had to make extremely tough decisions to retrench employees or to close the business.

What does this mean for freelancers? Freelancers would be higher in demand, especially as companies are looking to streamline their costs and operations and avoid hiring full-timers. There would also be more freelancers in the market as there is an increasing conversion of employment from full-time employment to freelancing or project-based jobs.

At Australia Freelance Market, we have seen an increased volume of enquiries, freelancer registrations and client requests for introduction to freelancers. We are expecting this upward trend to continue and we are excited to be playing an important role in boosting Australia’s economy.

This article was published in the Australia Freelance Market News 81.