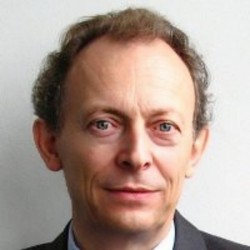 Last Christmas season, letters of petition that I’ve received from charity organisations piled up. All supposedly to do something about the needs in our world and ask for my money. But it makes me wonder, what is the real point? Do I make the world happier?

Maybe happiness research will tell us. What an interesting area to research! Are happiness researchers happy? Unfortunately, happiness is a fleeting feeling; it is not a permanent state. The brief moments of happiness are what makes us happy. A small child in her mother´s arms giggles as her mother tickles her. An environmentally conscious man from Germany reports euphorically about celebrating victory in the Hambach Forest with many like-minded people over the weekend. My cell phone - lost, nowhere to be found. Panic sets in. All my contacts, WhatsApp messages, my photos - all gone! When was the last time I backed it up? Only the ingenious "Find my cell phone" app led me on the trail: It was found in the garden shed. Moments of happiness!

To be lucky, to be happy, that is very personal and short-lived. How does the happiness researcher capture this fleeting butterfly? There is actually a happiness atlas. People are happier in certain cities or countries than in others. Anyone who has to drive to work for more than 40 minutes is more unhappy than those in the home office. Whoever earns more, whoever is healthy, whoever lives a better life is happier.

In the World Happiness Report 2020, Australia ranks in a respectable 12th place out of 153 countries, below that of Finland (1st) and New Zealand (8th), but ahead of the United Kingdom (13th), United States (18th), and Afghanistan (last place 153rd). In the happiness ranking of major cities, Australia has done impressively well, with 4 of our major cities in the top 20 (Brisbane, Melbourne, Perth and Sydney ranked at the 10th, 14th, 15th, and 20th places respectively).

But even these statistics do not measure happiness in life. In these studies, people were asked how satisfied they were with their living conditions, measuring their subjective well-being. Those who are healthy and happy live longer. This finding from happiness research is not surprising. Voltaire already knew that, stating, "Since it is very beneficial for my health, I have decided to be happy."

Can happiness be brought about consciously? Higher minimum wage? Longer maternity leave? Shorter working hours? Less carbon dioxide in the environment? All of these benefits suffer from the phenomenon of the escalating zero point: an improvement only makes one satisfied for a short time, then our demands increase and the old feelings of dissatisfaction return. The news that we read or watch also tend to report only about the disasters, scandals and misfortunes. Who cares how many migrants did NOT drown in the Mediterranean Sea? How many millions of people in the world have emerged from hunger and poverty? How many millions of people have not contracted or have recovered from Covid-19?

So at the start of the New Year, some positive news that (should) make us and the rest of the world happier: The number of people living in absolute poverty in the world has more than halved in the last 20 years! Child mortality rates also fell by more than half. Our life expectancy in Australia is 83 years - ten years more than that of our parents’ generation. And when they leave this world, they will bequeath more wealth to the next generation than in any generation before them.

And? Did it work? Or are we still unhappy? If so, we mustn´t be sad: The Lord gives his own in their sleep. In the case of the Danes - happiness researchers have found out - it´s in one’s genes. You´re just happy because you´re naturally happy. All is not lost, however, there are ways to influence our happiness and train our brains to be more positive (yes it is possible!). Stay tuned for our next newsletter to find out!

(This article has been updated to include the latest Australian figures.)

This article was published in the Australia Freelance Market News 84.