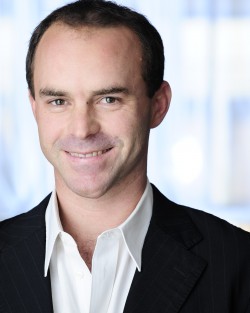 We are continuing to get used to our new “normal” lives amidst the pandemic, adjusting to lockdowns, intrastate and interstate restrictions, especially as Melbourne emerges from yet another lockdown which started on the first day of Chinese New Year. May we find consolation that those of us living in Australia are more fortunate than people in many other countries around the world, when it comes to aspects such as population density, covid situation, standard of living and more.

In this issue of Australia Freelance Market News, we provide you with tips to improve your communication with clients by asking better questions. Next, we enter into a discussion about the recent updates between Facebook, Google and the government in Australia, as well as the impact of these events on freelancers and small businesses.

Afterwards, let us take a look at ways to freelance on a part-time basis and a freelancer article on online strategic brand management. Finally, may our Joke of the Month about a motivational speaker bring some cheer to your day.

Continue supporting our freelancers in Australia throughout this crisis. I hope you enjoy reading this month’s Australia Freelance Market News and as always, I wish you success in business. Let’s look forward to a much better 2021 and more happy and prosperous years to come! Here’s to new beginnings and fresh starts! 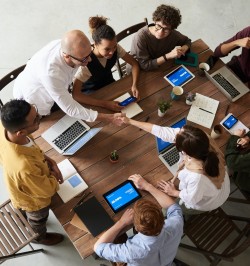 Do you know why customers would prefer to stay away from salespeople? It often happens to me (and I certainly believe many of you too) when I enter a store and do all I can to avoid the salespeople in the store. Even if we are sometimes looking for something specific, we do not want to be advised by a seller. Unfortunately, sellers still have the reputation of being forceful hard-selling salespeople, for it is widely believed that sellers do not act in our best interests, but in those of their own.

A few weeks ago I asked a client about their level of satisfaction with the service of a freelancer that they requested on Australia Freelance Market. The client wanted to express their displeasure, but held back and only commented briefly, 'The freelancer did not want to be involved with my ideas for building MY house.' For your information, the freelancer was an architect.

Often businesses, freelancers and service providers make the mistake of saying that they believe that the customer knows a lot less than they do. They do not let customers have their say, both to impress customers, as well as to inform and train them.

In the world that we live in today, it is no secret that customers make use of the Internet and many other sources to gain knowledge. Some customers could be even more aware and informed than ´the seller in the store´ (freelancers and other service providers).

Especially with important projects such as building a house, most customers spend a lot of time choosing the location (transport links, leisure options, neighbourhood, etc.), design (environmental compatibility, energy efficiency, comfort, etc.), material and much more. In most cases, customers already have an exact idea of ​​what their house should look like when they engage an architect. And unless a freelancer or service provider knows what customers think about a 'product', they will not be able to respond effectively to customers.

As a result, one of the most important tips in better client communication is to use questioning techniques rather than saying techniques. This means more open-ended questions, which cannot simply be answered with 'yes' or 'no', and usually require more elaborate replies.

Amongst the plethora of open-ended questions, there are two questions which I believe to be more important and more significant than other forms of questions.

The first question is 'Why?'. Many people sometimes do not think about why they made a particular decision. If you, as an expert, ask them specifically about this, you will learn the reasons, goals and motives for this decision.

Let´s take the case of an architect as an example. As specialists in their field, they could chat with customers about many things, such as the environmental compatibility and energy efficiency of the materials used. But the customer may not want to hear that because they have already made their selection. But if one asks why they prefer this particular material, one could then learn the reasons for their choice. And if their answer is not enough (like an answer such as, 'This material is better because of its energy efficiency') - then you can always say: 'Would you please tell me more about it?'

The second type of question that I recommend for customer discussions is 'What else?'. This type of question is just as important as the first question. It ensures that you extract more information out of your customer. It actually builds on the first question. With this question you will learn more and more about the motives and goals of the customer and can position your answers and your arguments accordingly.

Do you have more tips on how to communicate more effectively with customers? We would love to hear from you!

The Australian government has been contemplating new regulations that would necessitate global media giants Google and Facebook to pay for the display of news articles and other content from Australian news publishers on their search engine. That has sparked a threat from Google to shut down its search engine in Australia altogether. The impact of that event occurring in Australia would be similar to a tsunami, with devastating consequences for millions of people, businesses and organisations.

Google recently signed multi-million dollar deals with Seven West, News Corp, Nine Entertainment and Guardian Australia, amongst dozens of deals made with news publishers in Australia. The deals would allow these major Australian news publishers to join Google’s Showcase platform, where users can have access to paid content on the platform for free.

A short while ago, Facebook announced its decision to block Australian users from viewing or sharing local or international news on its platform. In addition, Australian news publishers are banned from publishing new posts on their accounts. Actions are being taken to reverse the news ban, following talks between Australia Treasurer Josh Frydenberg and Facebook boss Mark Zuckerberg.

Unfortunately, as collateral damage in Facebook’s overnight decision to ban news publishers, governmental, health and charity organisations, emergency hotlines, as well as millions of small businesses have also had their Facebook pages and posts blocked. Although that is currently in the midst of being reversed, it brings about a whole discussion on the dependence of businesses and organisations on social media platforms and the online traffic that those platforms bring.

With approximately 2.8 billion global users and 16 million monthly Facebook users in Australia alone*, Facebook is the top social media being used by Australians, with Youtube following closely behind. Would this change in the future, following Facebook’s overnight botched news ban? Probably, as it has already created a significant amount of dissent amongst users in Australia.

Google’s statistics are even more impressive. With approximately 4 billion worldwide users (there are 4.39 billion Internet users in total), 77 thousand Google searches per second, and a 90% search engine market share**, it is without doubt that if Google follows through on its threat to remove Google Search from Australia entirely, many small businesses and freelancers would be severely impacted. Google takes up 40% of the market share in online advertising in Australia and may make up 90%*** of the sales revenue of small businesses and freelancers (***as disclosed by freelancers on our platform).

Most of us have used social media and online search engines for so many years that it might seem like those platforms would be a part of our lives indefinitely. However, it would be wise to remember that we do not own the traffic coming from social media platforms and search engine advertisements, but are merely leveraging from them. Therefore, losing the traffic from these platforms in the blink of an eye might mean a substantial loss in online traffic and overall sales and business. That, in turn, may impact small businesses and freelancers much more significantly than bigger businesses.

In the subsequent issues of Australia Freelance Market News, we will discuss ways to increase the variety of marketing activities for small businesses and freelancers, thus diversifying the risk of putting all of one’s eggs in a basket or losing all traffic in the event of such occurrences. Stay tuned!

Statistics have been obtained from *here and **here

Freelancing on a part-time basis 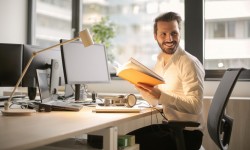 Although freelancers often only need a small starting capital for the implementation of their business, the first step into self-employment is always risky. The risks are, for example, the workload (or lack thereof), acquisition costs, lack of capital reserves and inability to make payments on time.

If this risk is too much to bear in one go, one can also start on the road to self-employment step by step in order to minimise this gamble. After all, no one is obligated to plunge head over heels into cold water!

Being self-employed on the side means slowly approaching your own independence without the fear that you will not be able to pay the rent. Becoming self-employed while keeping your current job is particularly suitable for people who attach great importance to financial planning and security. After all, employment can still be terminated as soon as the freelancing becomes a financially viable option. Starting self-employment on a part-time basis is also a good way to find out whether you feel comfortable in the lifestyle of a freelancer.

In the beginning, since you are not yet dependent on the income from self-employment, you can also take care of the essential, administrative tasks more easily, from visiting the tax consultant to creating your own website. Part-time self-employment is, therefore, a good way to give yourself an opportunity to be an entrepreneur and to achieve initial success without too much pressure and a good prerequisite for long-term success. 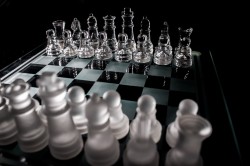 Registered service providers can present themselves with a short article in the Australia Freelance Market News. In this issue, we present you a freelancer who specialises in brand management.
______

Brands have been determining my life for years - both professionally and privately. Consistent brand management requires a fundamental analysis and a good strategy.

Contrary to the widely held opinion that brands are geared towards specific target groups, it is necessary to understand and grasp the brand in its entirety. The brand must be adapted to your corporate structure and should be determined and managed according to the desired customer effect. Only by taking a holistic view can the success components of a strong brand be discovered and strategically planned.

With the help of a holistic brand analysis and consulting, which can also be done online, every company can increase its value-added power using strategic measures. As a freelance brand researcher and consultant, I look forward to your order!
______ 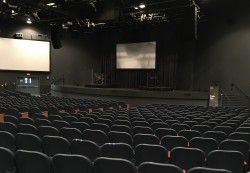 In an almost empty auditorium, a motivational trainer stands on stage and waits a couple of minutes hoping that more visitors will arrive.

He then speaks to the only other person in the room, “I think you are my only listener today. At least I can focus on you during the session and we can discuss anything for as long as we want.”

“I would prefer if you do not take so long,” says the woman, “I’m the next speaker.”