In the latest issue of Australia Freelance Market News, we publish a study that includes the attitude of Australians towards flexible employment.

Then, we discuss how important a portrait photo is for finding projects successfully as a freelancer. Following that, our guest writer talks about the influence of remote working on tech salaries during the pandemic.

In our freelancer article, a freelance graphic designer shows you how a picture can replace 1000 words. Finally, our freelancer jokes about what a computer scientist understands by heaven and hell at the end.

I hope you will enjoy reading this news and I wish you success in business!

Results of flexible working in Australia 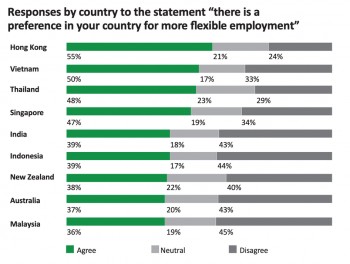 A global shift in the nature of employment has given rise to the so-called gig economy, which expands the scope for individuals to give greater control over when, where and for whom they work and it offers employers the flexibility to hire qualifications for specific tasks or certain short-term projects. According to Kelly Services study, the shifting relationship between employees and employers offers a mixture of positivity and negativity for both parties. Few would disagree with the idea that the 'world of work' is undergoing a transformation that leads new business models to emerge, technological developments and changing attitudes towards the way individuals work.

The gig economy, characterized by the prevalence of short-term contracts and small freelance projects as opposed to permanent jobs, has been on the rise for several years and there are many signs that the trend will continue to grow. While freelance or contract work has traditionally been associated primarily with creative professions such as designing, art and video production, today, driven by the internet and cloud technologies that are part of the so-called “fourth industrial revolution', the gig and freelance economy encompasses just about any type of work, including senior roles in the financial sector.

The survey found that Australia still needs time when it comes to grasping the concepts of the gig economy. In Australia, banking and finance, retail and IT outsourcing companies continue to be the predominant users of contract staff, while contract workers in graphic design, proofreading, copywriting, editing, data processing categories are most in demand.

Question of the month: Should my portrait photo appear in the profile?

You are free to decide whether your portrait photo should be displayed in your freelancer profile. Experience has shown that a personal photo doubles your chances of being introduced, as enquirers can get a better first impression of you.

When you register, you will be asked whether you would like to upload a picture. Freelancers who are already registered can send us their current photo by email so that we can update their Australia Freelance Market profile.

Guest Article: How tech salaries are influenced by remote working during the pandemic 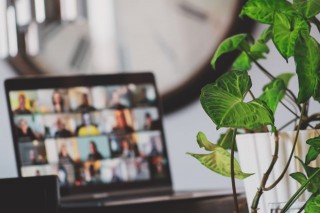 The pandemic has impacted the economy in many ways, but mostly in the way we work. We have a new normal where most employees work from the comfort of their homes. The decision to switch to remote working was made to prevent employees from catching the virus and spread the disease. However, not all workers live in the same city, which directly affects how companies handle staff payments.

At first, most company owners thought that people would be less productive when working from home. However, according to Mark Zuckerberg, employee productivity is a lot higher than they expected. This is particularly shocking for companies like Google or Facebook, which created a home-like environment to enjoy working at the office.

It worked most of the time. Their employees had free transportation, a free cafeteria, and even a dry-cleaning service. This is one of the reasons why many people wanted to work at these companies. And the reason the businesses provided these comforts was to have higher productivity. That is why it is so surprising to see that remote working turns out to be as effective as old methods.

A couple of years ago Aaron Levie, chief executive of business technology at Box, posted on Twitter that “the push happening around remote work is as game-changing for the future of tech as the launch of the iPhone”.

Now, with a decentralized workforce, how are companies going to handle salaries? Find out below:

Having a San Francisco salary is excellent. However, the cost of living in San Francisco is not necessarily cheap. So, imagine if you could move to Denver, but keep your Silicon Valley compensation. It sounds like a good plan, right? Well… It is not what tech companies are contemplating. According to Hired’s State of The Salary Report, most companies have implemented a new payment system during the coronavirus era: location-based salaries.

This new economic model consists of paying employees based on the city they are currently living in. The reason for this is that each city has a different cost of living. According to the report, a tech worker’s average salary is $155,000 in San Francisco. If that tech professional moves to Denver, his salary would be equivalent to over $220,000, based on Denver’s cost of living.

This is beneficial for most companies based in high-paying areas like New York or San Francisco because they will spend less on salaries. Besides, people could lie about their location, right? But their computer logs would not. Mark Zuckerberg said that Facebook would monitor their employee’s areas to see if they are honest.

Now, most workers are not happy about this change. According to Hired’s report, 90 per cent of employees said they think they should have the same salary for performing the same job regardless of where they are as remote work.

For years one of the most challenging parts of living in high-paying cities like New York or San Francisco is housing. Most tech employees living in these cities have higher salaries compared to other cities. However, regardless of how high their wage is, houses and real estate, in general, are costly in the region, so it is hard to afford a home there.

However, if they can continue having their regular salaries but living in a city with a lower cost of living, it will help them afford a house. That is why most tech workers are planning to move to a different city.

Although most companies are implementing the location-based salaries model, not all companies have said they would. So those employees whose companies have decided to leave their current salaries can undoubtedly do this.

Companies that have implemented this trend

Mark Zuckerberg announced in the middle of May that he would implement a remote working system during the rest of the year. He has been one of the first company owners in saying he would pay salaries based on location.

He recently said: 'It is clear that Covid has changed a lot about our lives, and that certainly includes the way that most of us work. Coming out of this period, I expect that remote work is going to be a growing trend as well.'

The San Francisco-based company announced they would be working remotely indefinitely, so they would start to pay employees based on their location. After Dorsey released the announcement of this new method, Google’s search for 'Twitter Jobs' spiked.

The payment company, Square, also announced they would implement location-based wages, but they are planning to do remote working in the long term.

Other companies like Reuters, Amazon, or Microsoft are on the same path. However, big corporations like Apple are not planning to go fully remotely because of the company’s secrecy policies. They are very protective of their data, and they are afraid of any data breach happening due to remote work.

Remote learning is possible too

Many people are now on their way to switch careers due to this situation. Tech jobs have become more in-demand, and people want to continue being active during the quarantine. If you would like to learn new skills remotely, you can certainly do it. Here are some of the schools that offer online boot camps:

Thinkful: Thinkful’s online boot camps range from software development to digital marketing and even data science. If you would like to get a one-on-one education, this is the right school for you.

Flatiron School: Flatiron School has one of the most up-to-date curricula. This school offers programs like UX/UI design, software engineering, and cybersecurity.

App Academy: If you are interested in web development and cybersecurity, App Academy is the school for you. This institution is focused on employment and offers career guidance as well.

Freelancer article: A picture is worth a thousand words 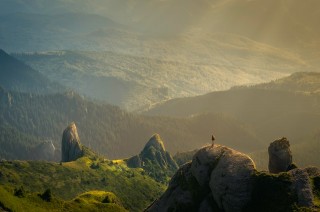 Registered service providers can present themselves with a short article in the Australia Freelance Market News. In this issue, we present you with a graphic designer who is specialised in handmade, imaginative illustrations.
___

A picture is worth a thousand words! - As an entrepreneur, you certainly think about how you can communicate your special services well to the outside world. In addition to an understandable and well-worded text, pictures are also essential. Pictures can be read immediately by everyone, are initially purely associative and convey a first impression of you that you will not achieve in this conciseness and density with pure text.

Unfortunately, a veritable flood of arbitrary and unlovingly selected photos from picture archives covers the market, nipping any approach to individuality in the bud. That is why I offer you handmade, imaginative illustrations of a high standard, with which you will stand out far from the standardised average and highlight the uniqueness of your company. The image content relates specifically to your company, so it is tailor-made.

In addition, I help you to give your company´s entire image a professional, uniform and coherent framework - at a fair price. Reliability and cooperation on my part included. I look forward to your enquiry.
___

Freelancer joke of the month: A programmer in Heaven

A computer scientist stands at the gates of heaven.

Peter: With you, I really could not decide whether you should go to heaven or hell. It is best if you take a look at both sides and decide for yourself.

Peter shows him a seemingly endless room with the fastest computers, where the computer scientist is allowed to programme everything to his heart's content.

That is fantastic, says the programmer, and for the sake of completeness also wants to know what hell looks like.

Peter replies: 'Hell is also here, the only difference is that you are not the programmer but the administrator!'